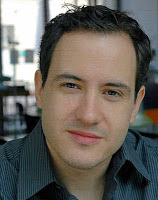 José Aparicio was born in Alicante, Spain. He studied flute and music in Alicante and after graduation he began his career as a professional flute player, becoming principal flute in the Chamber Orchestra of Elche and Symphonic Orchestra of Alicante.

He was accepted as a flautist onto the Post Diploma Orchestral Training Programme at the Guildhall School of Music and Drama (GSMD, London, UK) in 1999. Through leading several chamber groups whilst studying, José developed an interest in conducting, which he studied parallel to his flute studies.

The following year, having completed his Orchestral Training, he began his singing studies, making direct entry into the second year of the undergraduate singing course at GSMD, which he completed in 2002. José then attended the 2-year Opera Course at GSMD

José’s musical education has been a thorough one. His understanding and knowledge of repertoire is extensive, his perspective one of both performer and director.
Newer Post Older Post Home